I'm Lindsay "Mama" O'Neill! While I'm known for my "healthy" recipes, I also LOVE to grill! I've traveled all over the country to find the most amazing recipes from revered Grill Masters... true Grill VIPS! Let's get cookin'

delivered to your inbox

and get exclusive access to recipes, the latest videos, events and great deals! 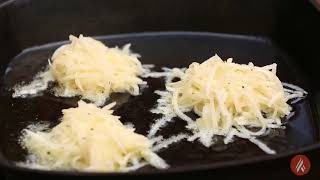 Hanukkah Latkes on the Grill!

MERRY CHRISTMAS! Join me as I GRILL the Feast of the Seven Fishes this Christmas Eve! (and freeze my arse off…)

The Feast of the Seven Fishes is part of the Italian-American Christmas Eve celebration. The long tradition of eating seafood on Christmas Eve dates from the Roman Catholic tradition of abstaining from eating meat during certain times holy times of the year. This Christmas Eve Feast is a vigil or fasting day, and since no meat or animal fat could be used on such days, observant Catholics would instead eat fish (typically fried in oil).

WHY 7?? The “Feast of the Seven Fishes” may include seven, eight, or even nine specific fishes that are considered traditional. However, some Italian-American families have been known to celebrate with nine, eleven or thirteen different seafood dishes. “Seven” fishes as a fixed concept or name is unknown in Italy itself. In some of the oldest Italian American families there was no count of the number of fish dishes. There are many hypotheses for what the number “7” represents. Seven is the most repeated number in the Bible and appears over 700 times.

The feast typically begins with baccala (salted cod) or whiting in lemon, followed by some version of clams or mussels in spaghetti, squid, octopus, Bronzino and onward to any number of other fish dishes without number. Some have suggested that the idea of “seven” fishes originated in restaurants.

Lindsay “Mama” O’Neill prepares the Feast of the Seven Fishes on the Arteflame! Watch the video above for the full meal preparation & recipes!